The Warsaw team researched various aspects of the functioning of the music of the past within the culture of Central Europe and Italy during the late Middle Ages and early modern era. The research focused on religious music performed in Catholic, Utraquist and Lutheran communities, following its origins, preservation and the transformations which it underwent during the course of history. This research expanded the chronological range of investigations carried out by the Cambridge team, complemented the research by Prague geographically (Silesia, southern Poland), and provided comparative material for the research carried out in Utrecht and Heidelberg/Zurich.

Paweł Gancarczyk concentrated his research on the tradition of polytextual motet, which reaches back to the thirteenth century and was cultivated in Central Europe, particularly in Bohemia, during the fifteenth and sixteenth centuries. This research referred to the examples of compositions by Petrus Wilhelmi de Grudencz (b. 1392), whose motets, based on earlier models, have been preserved mainly in later Utraquist manuscripts from the turn of the fifteenth and sixteenth centuries. Its aim was to establish the origins of these works and to track their functioning in Central Europe. At the centre of Gancarczyk’s interests were the music sources which might provide the answer to the question: what were the reasons for such great longevity of these compositions, and how did they find their way into the repertory of the Bohemian Utraquists? He also traced the links between these motets and the local song repertory (‘cantiones’), as well as other polyphonic forms popular in Central Europe, such as ‘rotulum’ and ‘katschetum’, and posed questions regarding the significance of this repertory for the cultural identity of this region.

Antonio Chemotti’s research project addressed the musical culture of early modern Silesia. Always a borderland territory, Silesia was a meeting point for different ethnic groups, cultures, and confessions. Notwithstanding its multicultural and multiconfessional character, it developed a strong territorial and ideological cohesion. This peculiar situation influenced artistic practices, among them music. Chemotti focused on the Lutheran hymnbook Ein Schlesich [!] singebüchlein, published in Wrocław in 1555. Curiously, the hymnbook avoids the usual ‘Lutheran’ hymn repertoire, and instead relies on a more peculiar and markedly retrospective repertoire. The characteristics of the hymnbook’s paratexts and content can be understood as representative of a specific Silesian ‘regionalism’ (intended as regional consciousness), and they mirrored the theological debate within the Silesian Lutheran church. Analysis of the polyphonic hymns also served to address the reasons behind the survival of ‘archaic’ repertoires (a common phenomenon also in other Central European regions), the ways of their circulation beyond borders and confessions, and their role in shaping religious and regional identities.

Bartłomiej Gembicki dealt with a very particular ‘tradition’ in the cultivation of polychoral music in Venice. That ‘tradition’ of Vespers psalms for two choirs (so-called ‘salmi brevi’) composed by chapel masters of St Mark’s Church was probably initiated during the first half of the 16th century and lasted at least until the demise of the Republic of Venice. It endured thanks to the specific liturgical rules contained in the ceremonials of St Mark’s, which stipulated that psalms composed for two choirs be performed on strictly specified days of the liturgical year. Selected ‘salmi brevi’ were subjected to comparative analysis aiming to explore the extent to which it can be proven (as some scholars have claimed) that successive chapel masters, over the course of three centuries, might have referred to their predecessors, including such ‘mythical’ figures in the history of Venetian music as Adrian Willaert and Giovanni Gabrieli. Gembicki referred to various definitions of myth and tradition and also to the concept of the ‘myth of Venice’ described by historians of different specialisms. Gembicki was not only interested in the potential significance of ‘salmi brevi’ for Venice and its inhabitants (if indeed such generalizations make any sense at all), but also in the degree to which they might affect opinions today regarding (not just Venetian) polychorality in general. 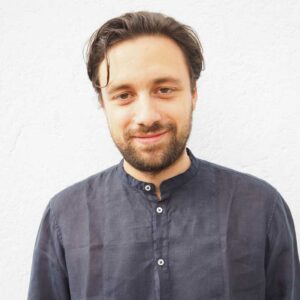 Antonio Chemotti studied at the Faculty of Musicology in Cremona (University of Pavia), where he graduated in 2013, having produced a critical edition of the Kyries in manuscript Trento 93.

From 2013 to 2016 he held a position as wissenschaftlicher Mitarbeiter at Ludwig Maximilian University Munich. As member of the Munich doctoral program for Literature and the Arts MIMESIS (Elite Network of Bavaria) he worked on a doctoral dissertation that examined polyphonic music for the liturgy for the dead. He was also a visiting academic at The Queen’s College (University of Oxford) and a temporary lecturer at the University of Regensburg.

From 2016 to 2019 he was post-doctoral researcher in the Sound Memories project, working on the musical culture of early modern Silesia. During his time in the project, he was in residence at the University of Vienna for a six-month research fellowship (September 2018 – February 2019). He is currently based at the Institute of Art of the Polish Academy of Sciences (Warsaw). In 2020-2021, he is the Andrew W Mellon Fellow at Villa I Tatti-The Harvard University Center for Italian Renaissance Studies in Florence. 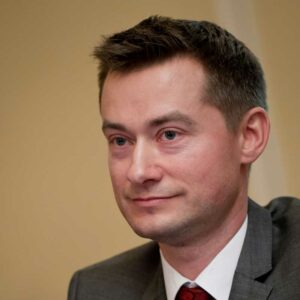 Paweł Gancarczyk is Associate Professor in the Institute of Art of the Polish Academy of Sciences, where he is Head of the Department of Musicology. He also serves as Editor-in-Chief of the quarterly Muzyka. His main areas of research are:

Since June 2019 Gancarczyk is Principal Investigator of the three-year project Music in the Teutonic Order State in Prussia: Sources, Repertoires, Contexts funded by the National Science Centre, Poland. His book on Petrus Wilhelmi de Grudencz will be published at the end of 2020.

Bartłomiej Gembicki works for the Institute of Art (Department of Musicology) at the Polish Academy of Sciences in Warsaw. Within the framework of the SoundMe project he prepared his PhD thesis entitled ‘Psalmy, mity i memy: nieszpory w Wenecji od Willaerta do Gardinera’ [Psalms, myths and memes: Vespers in Venice from Willaert to Gardiner]. In his research he focuses on myths and meaning in music and Musicology as well as the reception of early music, and of the recordings produced in association with it.

He is also an assistant editor of the series Monumenta Musicae in Polonia which is dedicated to critical editions of music preserved in Polish sources.

He twice was the beneficiary of the Erasmus programme, at the Universities of Catania (2011-2012) and Padua (2014). He also participated in seminars on 16th- and 17th- century Venetian music sources organized by the Fondazione Giorgio Cini in Venice (2014, 2016).

Mateusz Trojan works in the Publishing Department of the Institute of Art, Polish Academy of Sciences in Warsaw as a promotion specialist. He studied Journalism at the University of Warsaw. From 1999 to 2016 he worked at Telewizja Polska, the Polish national television, appearing regularly in the most popular news program in Poland, Teleexpress, where he dealt with cultural issues. His weekly short TV feature promoting literature and book culture in Poland was nominated for the “PIKowy LAUR” award in 2006. He is also the author of classical music reports for Polish Television.

In the SoundMe project, Mateusz supported the Warsaw team in their dissemination activities. He is the director and photographer of many of the videos to be found on the → SoundMe YouTube channel and in the video section of this website.