The Heidelberg/Zurich team investigated the transmission of sacred repertoires in the Lutheran regions of 16th-century northern Germany, especially as manifested in polyphonic anthologies that contain relatively ‘old’ music.

Having been formulated in a situation of religious pluralisation and usually within institutional contexts, these repertories constituted important contributions towards legitimising a new confessional identity. This work thereby complements the studies of heterodox music in the Low Countries (Utrecht) and Bohemia (Prague) as examples for establishing alternative practices.

The northern regions of Germany, notwithstanding the rich surviving material and their crucial geographical position for the Baltic Sea regions, still need to be integrated into a comprehensive music history of the 16th century. Lübeck and Rostock were important printing centres, and Rostock University constituted a hub for the dissemination of Lutheran theology and pedagogical models. Apart from older – and hence methodologically obsolescing – historical accounts, research on music in these towns has so far remained at the level of pure source descriptions, or has taken a sociological focus.

The corpus of sources considered by the Heidelberg team included choirbooks and sets of partbooks with large collections of sacred repertory of different genres (such as motets, masses, hymns, usually incorporating more than some dozens of pieces in each collection). These were discussed in terms of their historical and institutional contexts, including churches and schools in Lübeck, Rostock, Lüneburg, and Stralsund.

These places were situated in regions which, after the Reformation, manifested a tendency towards a relatively ‘conservative’ liturgy and a marked preference for older repertory (Josquin still being recommended in school orders around 1580-1600).

The main research questions for the team included: 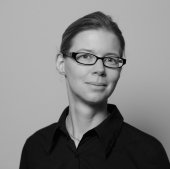 She is a member of the Academia Europaea and has been awarded the 2018 Dent Medal of the Royal Musical Association. Her current research examines the history of early modern music theory and its book culture (Heinrich Glarean’s Books. The Intellectual World of a 16th-Century Musical Humanist, ed. with I. Fenlon, Cambridge 2013; project “Materiale Formierungen musiktheoretischer Konzepte”, as part of CRR 933 Material Text Cultures, Heidelberg, 2016-19), the impacts of confessionalisation on German musical culture, and French music history around 1900.

→ Detailed information on projects and publications can be found on www.musik.uzh.ch 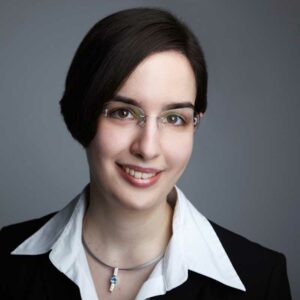 Christine Roth studied Musicology and French Philology at Heidelberg University. In 2012 she spent an Erasmus semester at King’s College London. She graduated in 2016 with a Master’s thesis about political narratives in Barbe-Bleue operas of the late 18th and the 19th centuries.

From 2016 to 2018 she was a tutor in Music History in the Department of Musicology at Heidelberg University. In addition, from 2016 to 2019, she was a member of the Sound Memories team, preparing her PhD dissertation which she defended on 28 October 2019. She also was an associate member of → the Graduate School “What is tradition?” at Heidelberg University and of the → Zentrum für Kulturwissenschaftliche Forschung Lübeck.

Her research interests include liturgical music of the 16th century and, as a second principal area, music history of the 19th and 20th centuries with a focus on French music in its sociopolitical and historical contexts.

She currently works for the → Internationale Bach-Akademie Stuttgart.

Joachim Kurtz is Professor of Intellectual History at the Heidelberg Centre for Transcultural Studies and represented the project in Heidelberg after the team’s transfer to the University of Zurich in February 2018. For further information and contact details, see → his homepage.