The Prague team’s focus was Bohemia.

Their research on the musical culture of late medieval Bohemia contributed with new findings and interpretations to the current discourse on music culture in late medieval Central Europe. A detailed analysis of chant sources made it possible to enhance understanding of the origins and development of a specific Bohemian chant notation which became an expression of the authority of the newly formed Prague archdiocese in the fourteenth century and persisted as a visual symbol of a Bohemian liturgical identity rooted in the time of the Emperor Charles IV (David Eben in collaboration with Susan Rankin, Cambridge Team). Prague University after the Hussite wars (1419-1434) became an important centre for the re-establishment of the local liturgy and a centre for the cultivation of a new liturgical repertory (sacred songs) which was researched by Jan Ciglbauer.

Thanks to intense source studies, the polyphonic repertory of ‘archaic’ songs and motets from the 14th and early 15th centuries preserved in the manuscripts produced by Bohemian Utraquists up to 1600 (Lenka Hlávková) can be re-cast today as the result of a conscious use of traditions and an expression of the identity of the Bohemian Utraquist church.

The Prague teams published outputs connect and integrate the results of pre-1990s research conducted in the former ČSSR (Czechoslovakia) and Poland with the latest international research on the period. 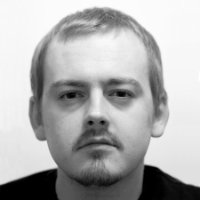 Jan Ciglbauer studied Musicology at Charles University (2014: Mgr., 2017: Ph.D.) and was granted scholarships at the Free University of Berlin and the University of Hamburg. In 2017, he finished his doctoral studies under the supervision of David Eben with the defence of his thesis titled Cantiones Bohemicae – Komposition und Tradition.

In 2015 he became a research fellow at the Institute of Musicology, Charles University, and participated in the research projects Changing Identities in the Musical Culture of Central Europe in the Late Middle Ages (Czech Science Foundation; 2015 – 2017) and Sound Memories (2016 – 2019).

Since 2019 he is co-investigator of the project Old Myths, New Facts: The Czech Lands at the Centre of Musical Events in the 15th Century funded by the Czech Science Foundation (2019 – 2023).

→ A list of Jan’s publications can be found here (PDF, opens in new tab) 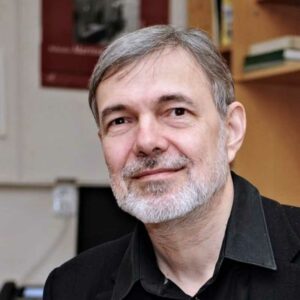 David Eben was born in Prague in 1965. After studying clarinet at Prague Conservatory, he took up Musicology at the Faculty of Arts of Charles University in Prague. During his studies he specialized in medieval music, mainly Gregorian chant.

In 1991 he graduated from the programme Conducting Gregorian Chant at the Paris Conservatory (Conservatoire National Supérieur de Musique de Paris), and in the following year he worked as a conductor of the ensemble Choeur gregorien de Paris. At that time he also often visited the Solesmes monastery, a centre of research in Gregorian chant.

Besides his scholarly work, David Eben concentrates on the interpretation of Gregorian chant. In 1987 he founded the → vocal ensemble Schola Gregoriana Pragensis, which has been recording and giving concerts in almost all European countries, Japan and Israel. The CDs of the ensemble have received a number of awards:

He regularly gives summer courses in theory and practice of Gregorian chant in France, Switzerland and Belgium. He has been co-operating with Czech Radio in creating programmes on Gregorian chant (55-part cycle “Liturgical Year in Gregorian Chant”).

→ Read a list of selected publications and CD recordings (PDF) 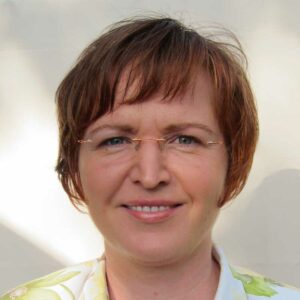 Lenka Hlávková (née Mráčková) is Senior Lecturer in Music History before 1600, Music Paleography and Philology at the Institute of Musicology, Charles University Prague. She studied Musicology with Jaromír Černý (M.A. 1998, Ph.D. 2004) in Prague and spent one semester each as exchange student at the Universities of Cork (1994) and Utrecht (1995).

In 2019, Lenka Hlávková was elected a member of the → Academia Europaea.

In 1999 she was awarded a DAAD scholarship for PhD students to work at Humboldt University in Berlin (1999-2000). In 2004 she received another DAAD fellowship to conduct research in German libraries. In 2007 she was invited by the Technische Universität Dresden as a guest lecturer in Music History before 1600. She was also Director of the Institute of Musicology at Charles University from 2012 to 2015.

Her research projects are: