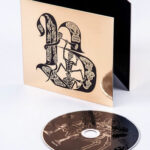 On 30 March 2019 the SoundMe Associate Partner Bastarda launched its new CD, Ars moriendi (Lado ABC). Continuing the path traced in their first project, Bastarda bases its improvisations on materials derived from early modern music: while their first CD was devoted to the output of a single composer, Petrus Wilhelmi, Ars Moriendi confronts the soundscape of an entire ritual: the liturgy for the dead, from the commendation of the soul during the agony to the final absolution.

The concert was introduced by Antonio Chemotti (Warsaw team), with whom Bastarda consulted for the concept of Ars moriendi.

→ Listen to the album.