Research by Prague and Warsaw teams in Opava and Budapest

During 26–28 April 2017 Jan Ciglbauer, Paweł Gancarczyk and Lenka Hlávková carried out HERA-related research in the Czech Republic and Hungary. Their visits to the libraries in Opava (Silesian Museum) and Budapest (National Széchényi Library and University Library) involved examining unknown or little-known sources from the first half of the fifteenth century.

These were subjected to codicological and palaeographical analysis, which will help to establish the dating and provenance of manuscripts, and to study their repertory. Initial results of this research will be presented during the » Medieval and Renaissance Music Conference in Prague (4–8 July 2017), at a special panel session “The polytextual motet and its longue durée in Central Europe”. (Antonio Chemotti will participate in this session alongside Ciglbauer, Gancarczyk and Hlávková.)

The manuscripts from Opava (also known under its German name, Troppau) and Budapest are of critical importance for establishing the beginnings of the musical tradition characteristic of Central Europe, which was continued during the fifteenth and sixteenth centuries. We find motets and songs from these sources in later Bohemian Utraquist manuscripts and in the Lutheran songbook of Valentin Triller (Wrocław, 1555).

The visit to Budapest also provided an opportunity for closer collaboration and exchange of experiences with Ágnes Papp and Zsuzsa Czagány from the Hungarian Academy of Sciences; their help in organising the research was invaluable. 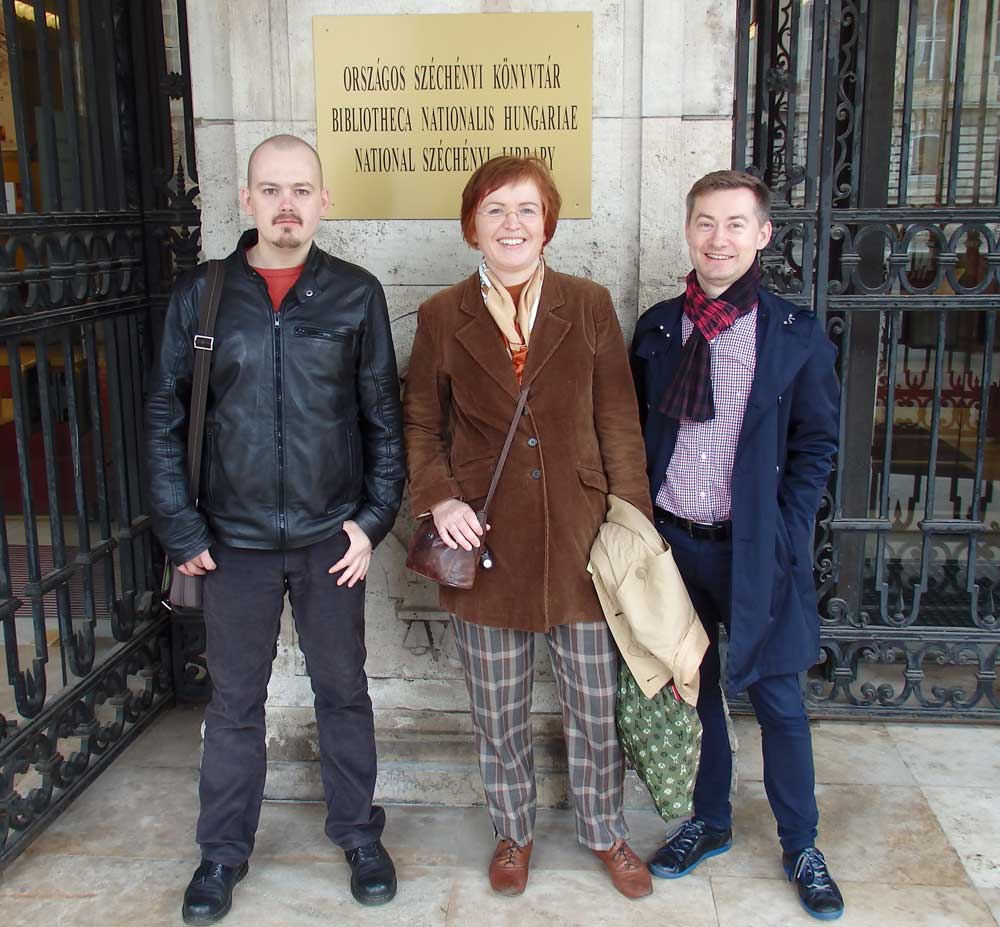 Jan Ciglbauer, Lenka Hlávková and Paweł Gancarczyk in front of the National Széchényi Library in Budapest. 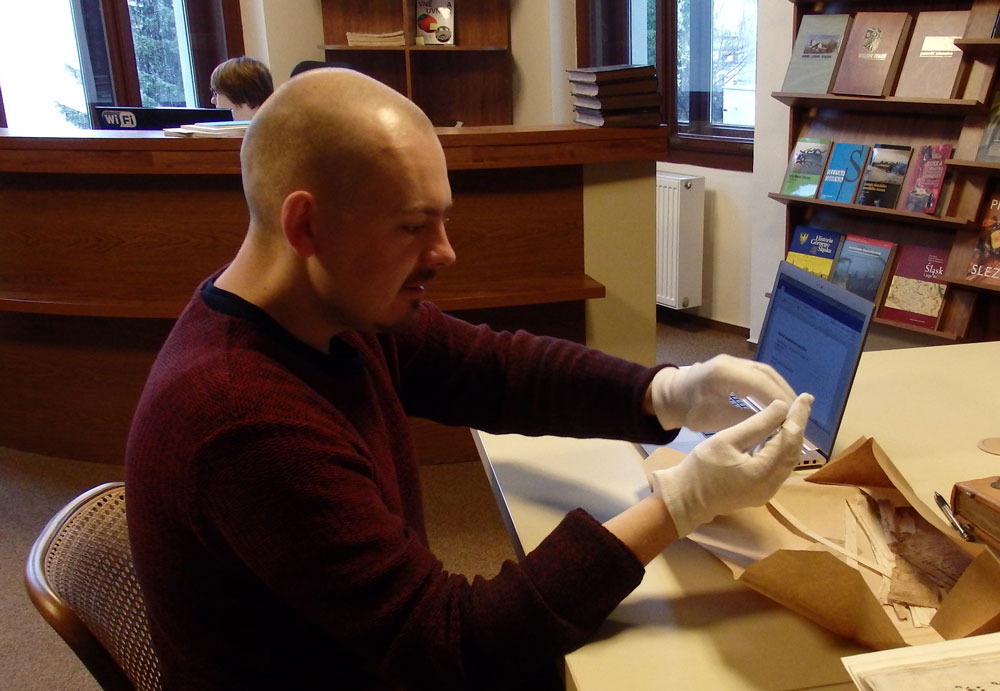 Jan Ciglbauer in the Library of the Silesian Museum in Opava. 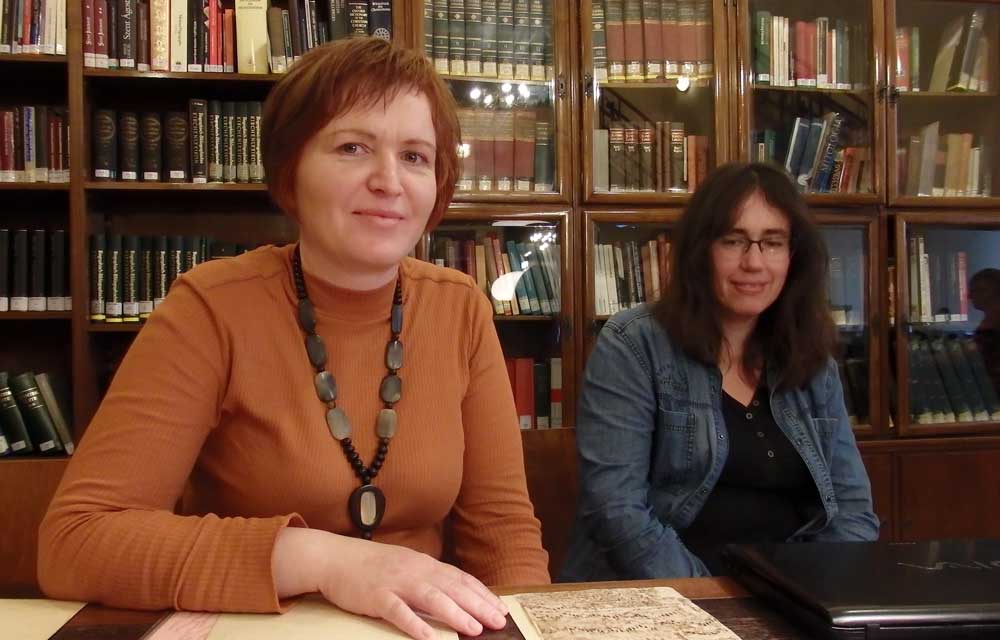 Lenka Hlávková and Zsuzsa Czagány (Hungarian Academy of Sciences) in the University Library in Budapest.